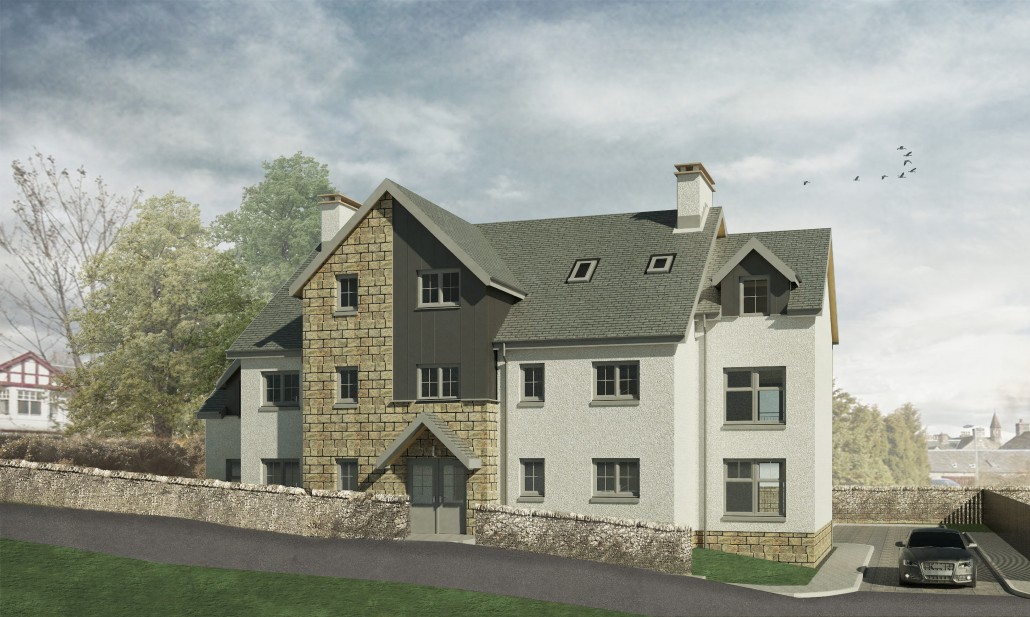 ORA recently submitted a detailed planning application for a small, exclusive flatted development at Bonnethill Road, Pitlochry on behalf of  a private client. The proposal consists of 4no 2 bedroom flats and one 3 bedroom penthouse apartment with associated parking and soft landscaping. The site lies within the Conservation Area of Pitlochry just off Atholl Street, which is the main street that runs through the Highland town. The slightly sloping site is currently vacant  and sits within the curtilage of Bank House, a Victorian Category C-Listed stone dwelling.

The site had planning approval for 4 flats, which has subsequently lapsed, and has influenced the current proposals along with the physical constraints of the site and its context. A study of the locality was carried out and helped informed the design as well the choice of materials which include reconstituted stone, proprietary wet dash render and slate roof. 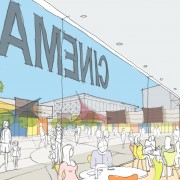 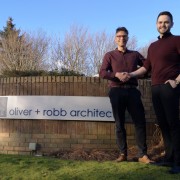 The Right to Call Himself an Architect
New Housing for Inchture